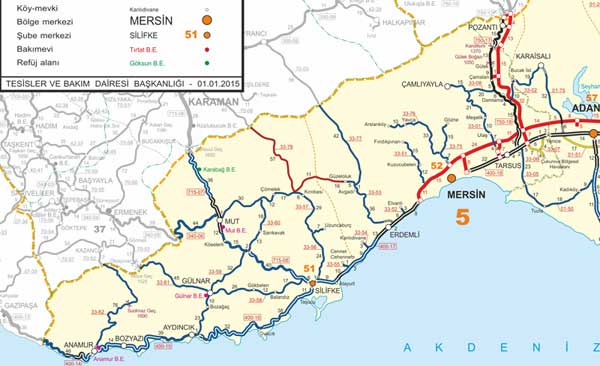 Historically, Mersin was a major producer of cottonseed oil. The rural area around Mersin is famous for citrus and cotton production. Banana, olive and various fruits are also produced.

Adjacent to the port is Mersin Free Zone established in 1986, the first free zone in Turkey, with warehouses, shops, assembly-disassembly, maintenance and engineering workshops, banking and insurance, packing-repacking, labelling and exhibition facilities. The zone is a publicly owned center for foreign investors, close to major markets in the (Middle East, North Africa, East and West Europe, Russian Federation and Central Asia. The trading volume of the free zone was USD 51,8 billion in 2002.

Mersin has highway connections to the north, east and west. Mersin is also connected to the southern railroad. Adana airport is 69 kilometres (43 mi).

Mersin port is an international hub for many vessels routing to European countries. It is now operated by PSA.